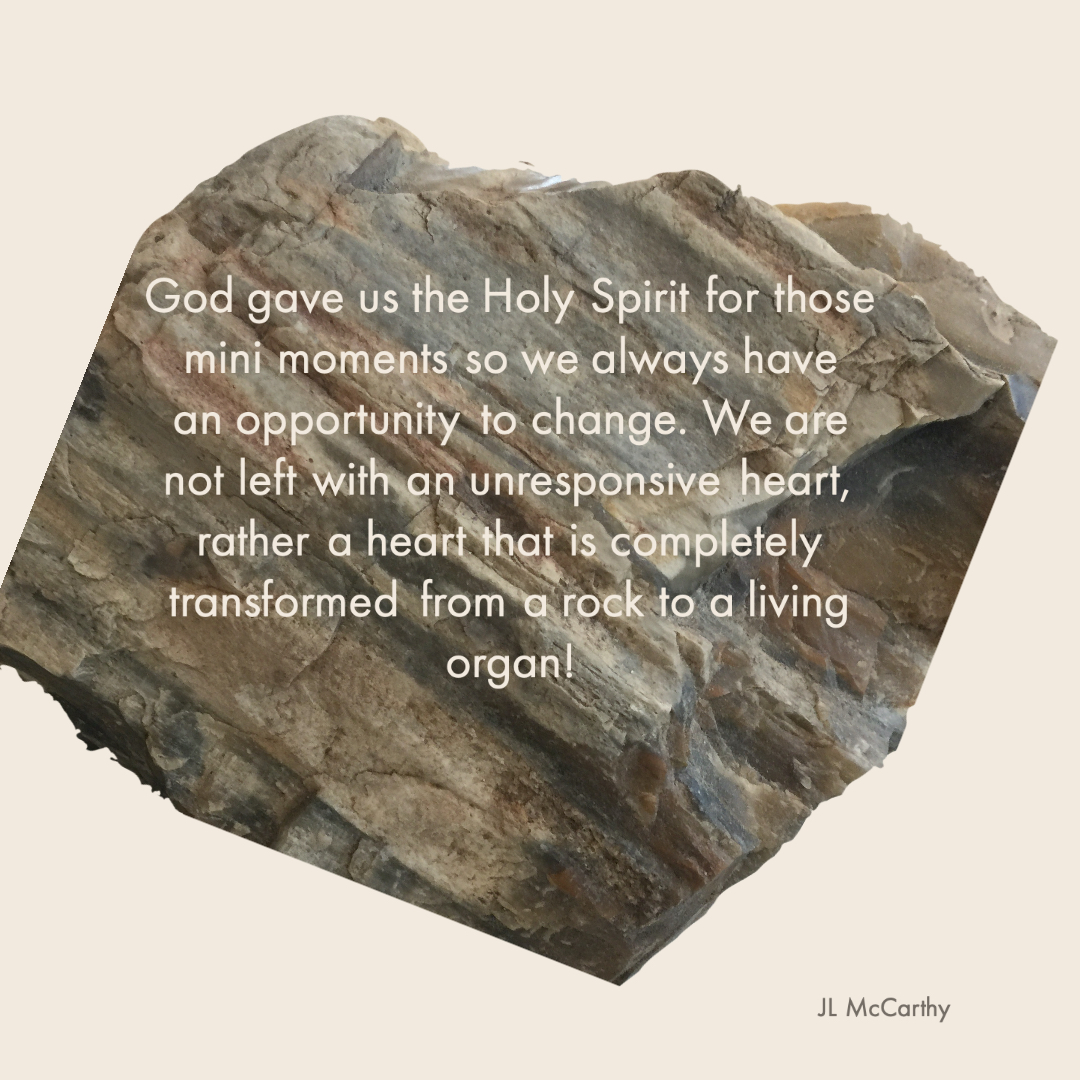 Our son came home from staying with his grandparents yesterday. His excitement to share all the cool new stuff bubbled over while we unpacked. He pulled out a new hot wheels car from his bag and explained that it was his favorite one from their house. I admired the car, and then point-blank asked him if he got permission to take it home. “Yep,” was his short response. I doubted his honesty, but moved on and continued to empty the suitcase. Later, his sister made a comment about the car he “stole” from grandma’s house. Again, I asked him if he got permission. This time the true answer came out slower and filled with fear. He knew he was caught in a lie. He tried justifying it with “they won’t care” or “uncle c didn’t play with them anymore.” We could have let the issue go, and told him to ask next time, but this teachable time couldn't be overlooked. It was one of those micro-moments that can work towards hardening his heart or God can use the situation for lasting change.

How often do I let things “go” in dealing with similar micro-moments? A little lie that only I know about. Maybe a harsh comment with no apology. Or I judge a person based on what I see, not what God sees. Those may not hurt anyone else in the short term but it does a great deal of damage over time.

The Israelites were warned about the issue of hardened hearts. The prophet, Zechariah, told them about how God views stubborn hearts.

Your ancestors refused to listen to this message. They stubbornly turned away and put their fingers in their ears to keep from hearing. They made their hearts as hard as stone, so they could not hear the instructions or the messages that the Lord of Heaven’s Armies had sent them by his Spirit through the earlier prophets. Zechariah 7:12

Did you catch the part where the passage says “they made their hearts as hard as stone.” They made. They had a choice. Their hearts weren’t just hard all of a sudden. A rock-like heart takes effort, and it’s done in those seemingly small moments that “no one” notices.

We make a conscious choice to ignore God’s instruction. We disregard His voice, so  He becomes harder to hear, and our heart becomes stony. This is one stone in the Bible that God wants to transform completely. It isn’t a memorial or a weapon. A stubborn heart leads to pain, loneliness, and death if left unchecked.

The good news? We live on this side of the cross which means our hearts can make a full recovery. God gave us the Holy Spirit for those mini moments so we always have an opportunity to change. We are not left with an unresponsive heart, rather a heart that is completely transformed from a rock to a living organ! One that delights in pleasing the Lord.

“And I will give them singleness of heart and put a new spirit within them. I will take away their stony, stubborn heart and give them a tender, responsive heart, so they will obey my decrees and regulations. Then they will truly be my people, and I will be their God.” Ezekiel‬ ‭11:19-20‬ ‭

P.S. Our little man reached out and apologized to make things right. We are praying God will continue to work within his little heart.