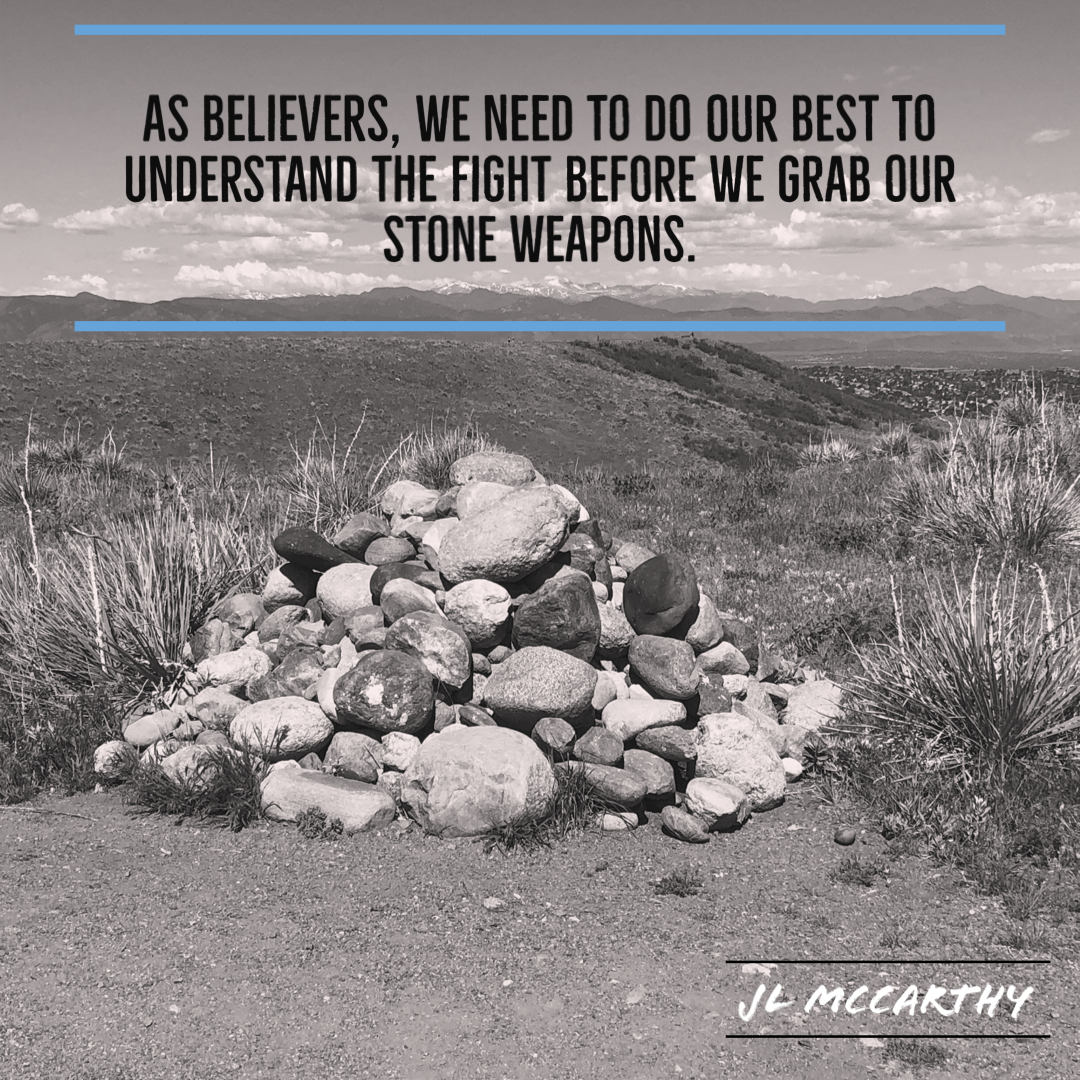 Conversations around our house these past few weeks have been heavy, to say the least. It’s hard to ignore and pretend like social justice, coronavirus, defunding the police, presidential campaigns, etc. don’t affect us. My husband and I talk about these things out on a daily basis. Something he said the other day really hit me. Like a stone in the head (pun intended). He reminded me the real battle isn’t what we are seeing on the news, and within our communities. It is spiritual warfare.

All fight for good.

As believers, we need to do our best to understand the fight before we grab our stone weapons.

Here are two very different stories in the Bible that talk about stones as weapons:

When I hop on social media or look at the news feeds, I see a lot of deaths by stoning. Not literal deaths (although I’m sure in some places it still happens). I am talking about the stones getting slung over the keyboard aimed to divide. People sharing and writing words that serve no other purpose except to perpetuate the chaos. People are grabbing a rock; jumping into the crowd, and flinging their weapon without truly understanding who or what’s in the middle.

I have also seen people using their stones as David did. Fighting with ones that are purposefully chosen; a smooth one, perfect for the job. They aren’t grabbing whatever is lying around ready to hurl it at whoever is in the circle.  They are educating themselves, listening more than speaking or typing, and praying that the will of God be done in their hearts as it is in heaven.

I’m guilty of being both. My husband often says “God gave me two ears and one mouth for a reason.” In other words: I should be quick to listen, slow to speak, and slow to get angry. If I start with that, how much more powerful and direct will the stone be when I go out to fight the evil?

The enemy loves disunity. He thrives in chaos. It makes his day when we chuck rocks at each other instead of the giant. So before you throw that stone, be sure it’s aimed at the evil, not the sinner in the circle.

For the weapons of our warfare are not of the flesh but have divine power to destroy strongholds. - 2 Corinthians 10:4