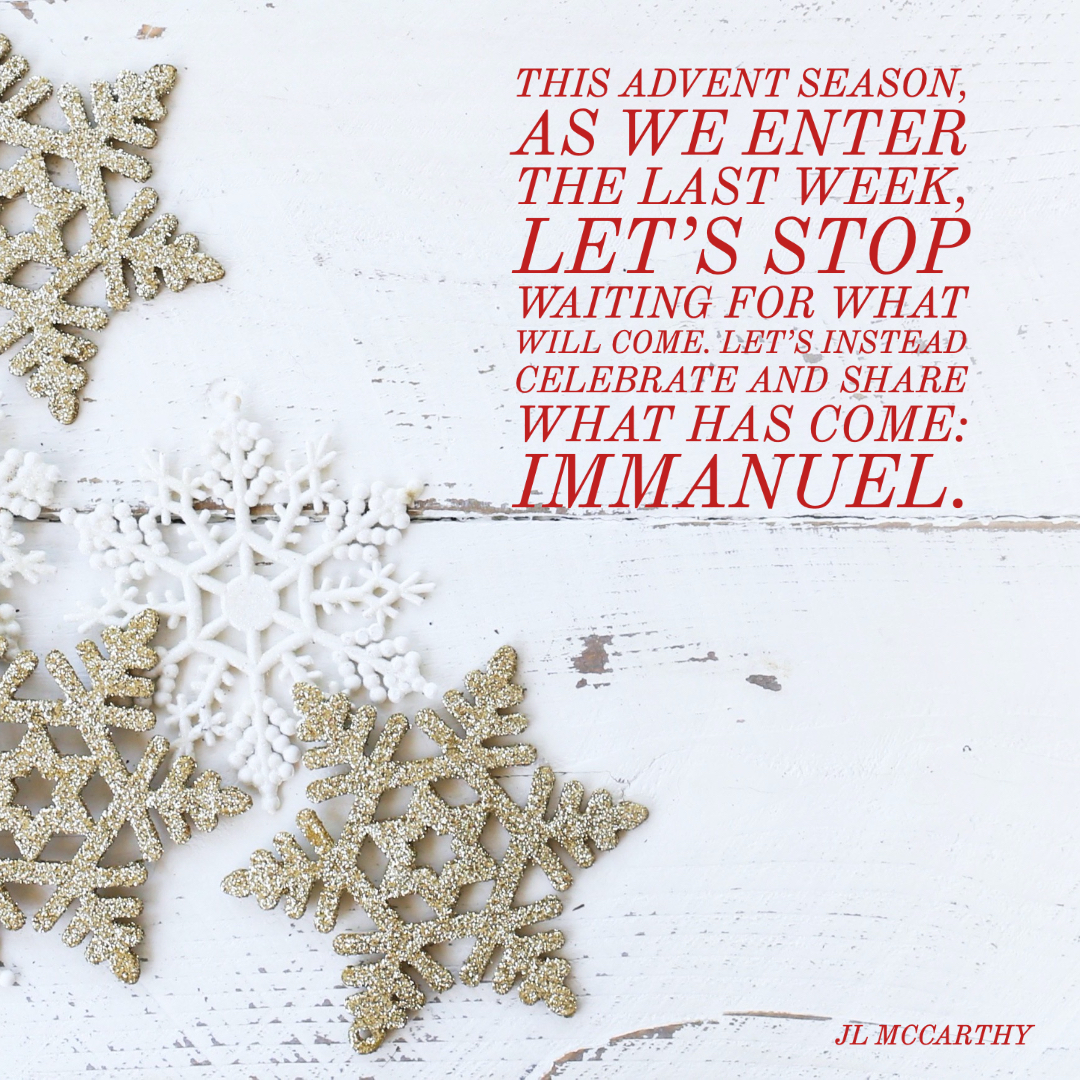 Do you ever get stuck in a daze waiting for something? Like waiting for water to boil when you are starving. Or the UPS driver when you need a last-minute Christmas gift. Or the vaccine for COVID so life can return to pseudonormal.

This past week, I read a passage from Acts 1:10-11. Jesus had just ascended into heaven after telling his disciples to "be my witnesses to the ends of the earth." After watching Jesus go into heaven, the men stood there and kept looking for him after he was gone. Finally, two angels appeared and said, "why do you stand here looking into the sky? The same Jesus, who has been taken from you into heaven, will come back in the same way you have seen him go."

In other words: what are you doing waiting around? Go do what Jesus told you to do.

I find myself doing that same thing, standing around waiting for God to show up. I ponder my purpose, asking God to reveal some big "thing" for my life so I can move. Except, He's already given me instructions to "go."

We read in the nativity story two weeks ago that an angel appeared to the shepherds near Bethlehem. The men immediately ran to see if what the angel said was true. Once they reached the baby in the manger, Luke 2:20 says this how they responded:

"The shepherds returned, glorifying and praising God for all the things they had heard and seen, which were just as they had been told."

They didn't go back to their fields looking up in the sky, waiting for the angel to come back and reveal something new. They had just encountered their savior and knew they had to share. Verse 2:17 says “when they had seen him, they spread the word concerning what had been told to them about this child, 18 and all who heard it were amazed at what the shepherds said to them.” I believe the shepherds were the first official witnesses for Jesus.

What am I waiting for? What are you waiting for? Our calling is the same as the shepherds in Luke and the disciples in Acts, to go and share the good news.

This advent season, as we enter the last week, let's stop waiting for what will come. Let's instead celebrate and share what has come: Immanuel.

Merry Christmas to you and your family. May you be filled with Hope through the only one who makes lasting promises.