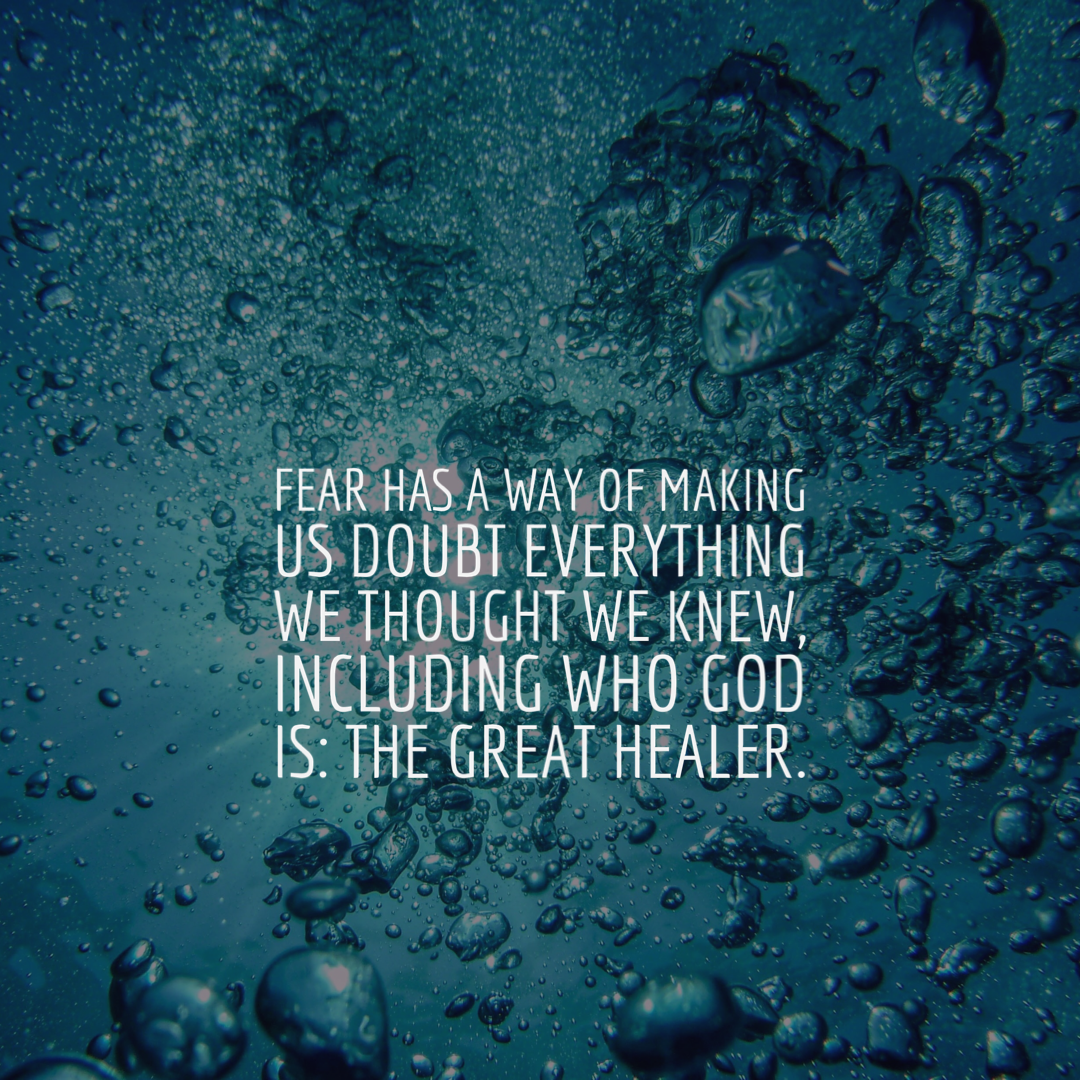 There have been many times when I find myself in need of healing, from infertility issues to post-Partum anxiety to relational hurt. I’ve walked alongside friends with genetic diseases, broken marriages, and spiritual scars. Some things seem to take forever to get better, or they have yet to change. These long-lasting wounds beg the question for God: why won’t You heal me?

Now there are plenty of scriptural references that highlight places where God’s timing for restoration is entirely different than any human would choose. People will often use a blanket answer like “maybe God is teaching you something” or “is there a sin that needs to be confessed?” Whether or not those are true, I don’t think it ends there.

45 Immediately after this, Jesus insisted that his disciples get back into the boat and head across the lake to Bethsaida, while he sent the people home. 46 After telling everyone good-bye, he went up into the hills by himself to pray.

47 Late that night, the disciples were in their boat in the middle of the lake, and Jesus was alone on land. 48 He saw that they were in serious trouble, rowing hard and struggling against the wind and waves. About three o’clock in the morning[i] Jesus came toward them, walking on the water. He intended to go past them, 49 but when they saw him walking on the water, they cried out in terror, thinking he was a ghost. 50 They were all terrified when they saw him.

28 Then Peter called to him, “Lord, if it’s really you, tell me to come to you, walking on the water.

So Peter went over the side of the boat and walked on the water toward Jesus. 30 But when he saw the strong[d] wind and the waves, he was terrified and began to sink. “Save me, Lord!” he shouted.31 Jesus immediately reached out and grabbed him. “You have so little faith,” Jesus said. “Why did you doubt me?”
32 When they climbed back into the boat, the wind stopped. 33 Then the disciples worshiped him. “You really are the Son of God!” they exclaimed.

You might be asking, “what does this story have to do with healing?” I believe the reason we get impatient while waiting for God to fix things is has a lot more to do with fear of what will happen if it isn’t fixed. Fear has a way of making us doubt everything we thought we knew, including who God is: the Great Healer.

Let’s start with what Peter did in this passage. He was afraid, and still, he got out of the boat. He walked on water as long as his eyes kept fixed on Jesus. He sank as soon as he became distracted. But wait, there’s more!

This story isn’t just about what Peter did. It ends with what Jesus did and who he is. Even though He intended to pass by the disciples, He stopped and helped. He reminded them of His authority and presence. He was there for Peter and stopped him from sinking.

I can attest to many times where Jesus lifted me out of the water in the middle of a storm. I can also speak to things that have yet to be repaired in and around me. I want to heal more than I can bear sometimes, but I am reminded by this passage that I need His presence more than I need the quick fix.

Maybe you are in a season where the desire for healing is greater than your desire for Him. He sees you, friend. He knows your need. He made the decision two remain with you even if he intended to go another direction.